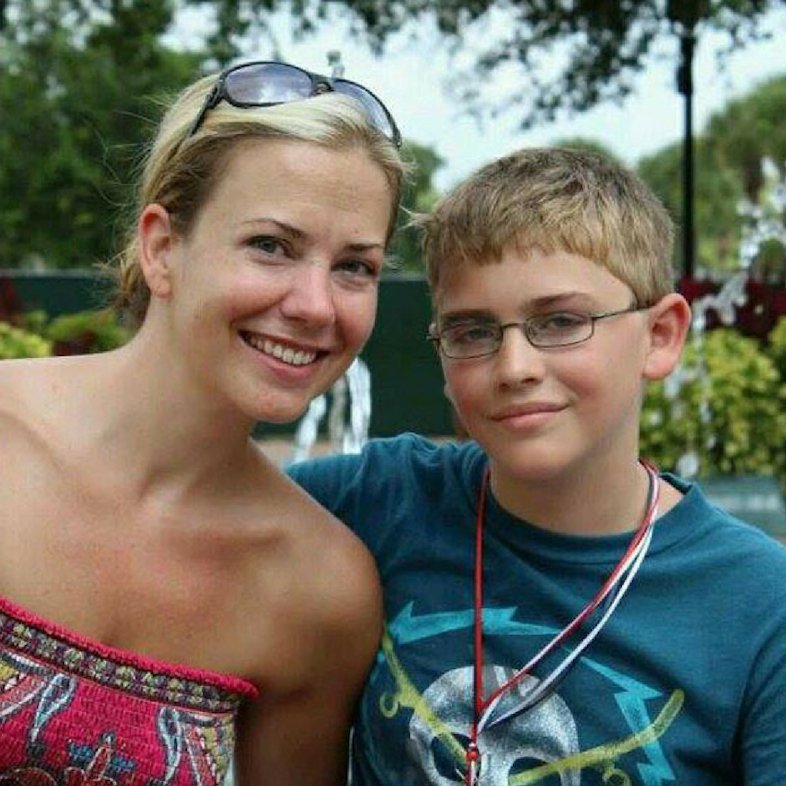 My son David had some cognitive issues that made life difficult for him. On Sunday, July 24th, while attending a sleep away facility another child assaulted my non-violent son by punching him in the face, and breaking his glasses. The cut on his face required a stitch, and I was called at home, an hour away, and informed that David was going to the ER. I was outside and missed the call – when I returned the call 45 minutes later I was told David was already being seen and he was on the way back to camp. David called me and told me he was fine and not to worry. I went to the camp the next afternoon. David was in good spirits, ate most of the chocolate I brought him, and was excited to see me. There are two things from that visit that I remember now in painful clarity – David had an abrasion on his elbow that I mentioned to his counselor, and he said his hip hurt. The abrasion had been previously healing but looked irritated, but when I asked the camp counselor she said the nurse would have attended to it during the regular skin check. As to his hip, we all dismissed it as possibly growing pains.

On Wednesday, July 27th, I visited David at camp, my son was a different person. He could not focus, he felt terrible, his hip hurt. I asked him if he had brought it up to his counselors, he said he had. The next morning when I got to work I called the camp and asked them to check on David. The whole night I had felt something was wrong. I asked for David to be sent to the camp nurse. This was around noon. The decision was made to take David to the ER and I left and met them there shortly before two just as David was being taken to have his vitals taken.

Since David’s death I have tormented myself as all parents do thinking that maybe there was something I could have done differently that would have changed the outcome but one thing I know for sure is that I do not feel guilty about not knowing how poor my son’s vitals were. I have no medical training, and I trust hospitals. I did not (oh, but I do now) know that David’s blood pressure, respirations, CPK levels… simply his every reading was alarming in and of itself. But the person in triage did not know how bad his vitals were because David was sent back to wait for another three hours in the lobby. I know now that he should have been treated as a trauma patient. I know now that had he been treated as a trauma patient there is a very good chance that he would have survived…

Shortly after five in the afternoon we were taken to a room. David at this point appeared so exhausted he wasn’t answering many questions, and was in so much pain he could not sit up without assistance. I took a picture of him in the hospital bed and his mere appearance is alarming. When I look at that picture I scream, “Why! Why! Why!” And I don’t have answers, other than a belief that the hospital system completely missed classic signs of a child who was clearly septic. David was unable to give a urine sample – we struggled and struggled, but he could not provide one. He finally gave up and rested for a bit, and I went and him some more to drink in the cafeteria. When I returned he was asleep, and it was very difficult to wake him. At one point early in the evening David spiked a fever after being administered medicine, and again later. I remember the doctor coming in and seeing his temperature during the first spike and saying, “Huh. That’s interesting.”

There is much, much more to those hours – a nightmarish chain of events that I can’t undo or ever forget. Not long after we were brought back to the ED – perhaps just under 2 hours – a trauma patient came in and without warning we were told we had to be placed in a hallway. All of our things were grabbed and we were told David had to be moved in less than a minute. The staff could barely wake him up, and I asked where he would be able to try to give a urine sample if we were going to be in the hallway. I was told another room was being readied and we would be placed into it – but that was over two hours. As soon as we were put into the next room we resumed trying to give a urine sample – David gave a sample that looked just like blood. I almost passed out. He climbed into bed and immediately fell asleep, and I ran to the nurses’ station. “My son, David Richie, you’ve been waiting on his urine, he gave it and someone needs to come look at it right now, it looks like blood.” No one seemed concerned. I went back to the room and a few minutes later a nurse I had never seen came in and said, “Oh wow, that doesn’t look good.” She took it and I told David he was going to be admitted. I almost felt relieved. That was at 10 P.M. Within the hour another nurse came back in to tell that because he had spiked a fever a couple times he was likely coming down with a viral syndrome. I still felt confident the urine sample would say something different. When she came in before midnight to tell me David was being discharged I was in shock. “But the urine, his urine, it looked like blood!” I sat there in disbelief and frustration. “He’s in so much pain, what can I do for him?” I asked. “Really nothing,” she said, “Just Ibuprofen every four hours and stay hydrated. He’s going to feel pretty crummy for a few days.” She gave David two more bags of IV fluid and after they ran their course my son and I left the ER, 10 and a half hours after we had arrived, a little more than 21 hours before he would die for the first time.

For those 21 hours my son battled a war that I had no idea he was fighting. We went home and I helped bathe him, held him up in the shower, blew his hair dry. For a couple hours I stayed awake while he laid in his room, unable to sleep, unable to stay awake. In the morning he woke me by saying he was trying to make me coffee but could not remember how to use my coffeemaker. I can tell you what we did for every moment of that day, the Epson salt bath I gave him at 10 A.M. the food he ate and promptly threw up at one p.m., the protein shake I made him that he drank all of and kept down at 2 pm. I went and got his prescription filled, I made him a “nest” in my room of light blankets, heavy blankets, a fan, heating pad… nothing made him comfortable. We laid in my room and somewhat watched the last Hunger Games, but he couldn’t focus. “Feel my heart Mom,” he said. “Do you feel how fast it is beating?” I googled his symptoms repeatedly, but having never been told how low his blood pressure had been (and how it had dropped throughout his time in the ED) I didn’t know to add that. I didn’t know he had CPK levels that could have been that of someone who had suffered a heart attack. “Your heart is beating fast because you are fighting a fever,” I told him, courtesy of WebMD. “If you don’t feel better by tomorrow I’ll take you to another emergency room.” He thanked me and told me I was the best nurse. He asked me to snuggle him up, but he was miserable.

Around nine that evening I told him I was going to take a shower, and that he would take one after me, have another Ibuprofen (comical) at ten and go to sleep. I promised him he would feel better, like a whole new man. After my shower I went to his room and he was lying in bed, staring fixed at the ceiling and I shouted his name. He looked at me and my world shifted. I went into the bathroom and ran the water for a bath and when I turned around he was leaning into the sink. “I just need a minute” he panted. I grabbed him from behind and said “You take all the time you need, do you need a doctor, I’m going to call 911 okay?” I lowered him to the floor, ran downstairs, called 911, and began to talk to the operator while kneeling by my son’s side. “Yes he’s breathing, no his airway isn’t obstructed, we were just at the ER.. I can’t get him into a car by myself…” and then my son simply took his last breath and died. My attempts at CPR were unskilled, hysterical… I died in that bathroom too.

Paramedics came and after an endless amount of time they were able to get a heartbeat. He was taken to a nearby hospital, part of the same system that had discharged him earlier, and for a day my son was on life support. Sometime in the late morning of the 30th the attending physician held a State of Life meeting, but for my son there wasn’t going to be any more life. He had never responded to any stimuli… even if he had not gone without oxygen to his brain for such a long time the trauma to his body was massive. I had him removed off life support and he was pronounced at 6:50 that evening.