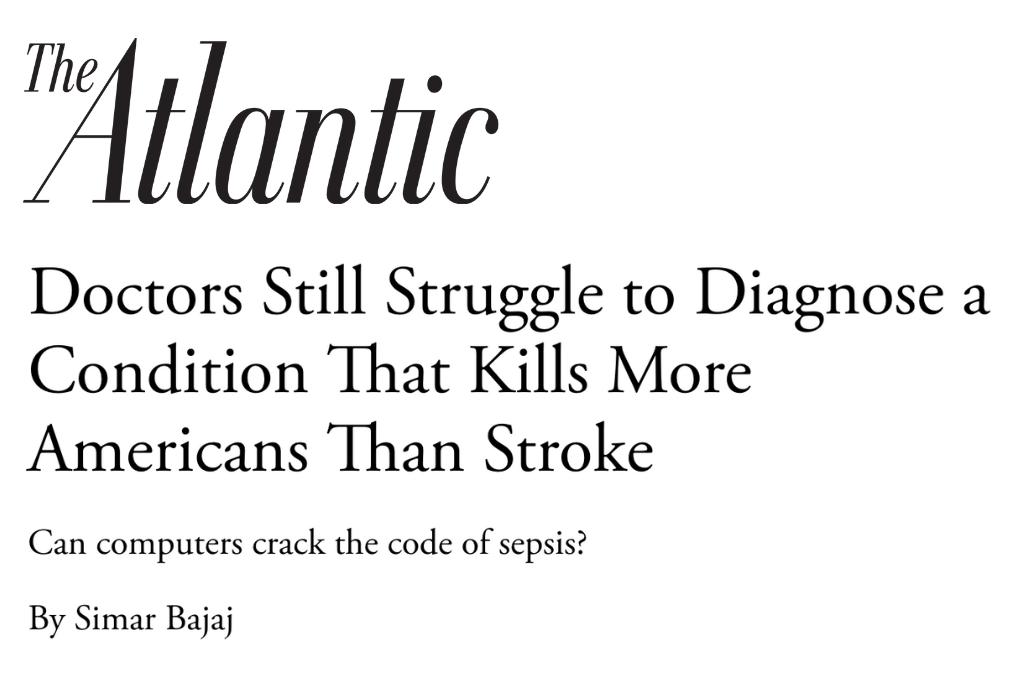 Several weeks ago, we posted an article about a new AI-enabled early-warning system, that has been shown to identify 82% of sepsis cases and reduce mortality by 18.2%. The exciting new technology was developed by researchers at Johns Hopkins University.

We were asked us to share our experiences and perspectives in a new profile of the system, titled Doctors Still Struggle to Diagnose a Condition That Kills More Americans Than Stroke. Can computers crack the code of sepsis?. The resulting article has been published widely, including in The Atlantic, Smithsonian Magazine, Undark and arsTECHNICA. Over the weekend, Bajaj’s story was the most read article on The Atlantic website. We are thrilled that the techno0logy and the issue of sepsis are getting the widespread attention they deserve and our appreciation goes to the the author, Simar Bajaj.

The article offers this description of the early warning-system:

We look forward to its wide usage to identify sepsis and ensure its rapid treatment.