Symptoms.
Sepsis occurs as the result of an infection. There is no one symptom and sometimes children and adults may not even know they have an infection. Early sepsis can mimic many other conditions as symptoms include fever and elevated heart and respiratory rates. If you suspect sepsis, seek immediate medical assistance and ask, “Could it be sepsis?”:

A child under five years of age who is:

Causes.
Sepsis is caused by infection, most commonly bacterial infections. Cuts and scrape, urinary tract infections, inner ear infections, pneumonia and post-operative infections can all lead to sepsis. The best way to prevent sepsis is to prevent infections.

Risk Factors.
Sepsis can impact anyone–young or old, sick or healthy. Those with an increased risk of infection include:

Diagnosis.
A diagnosis of sepsis is made following a physical evaluation and an examination of the patient’s medical history. To confirm a sepsis diagnosis, a doctor will order blood tests. Treatment for sepsis must be provided in a hospital setting.

Treatment.
Time is a critical factor for sepsis patients. Research has shown that every hour of delay in treatment increases mortality by eight percent.  If sepsis is suspected, doctors may start administering antibiotics immediately, before the diagnosis is confirmed. The treatment for sepsis consists of:

Prevention.
Infections and sepsis can be prevented by: 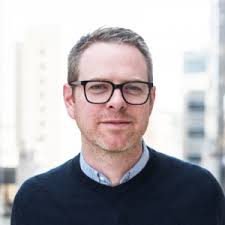 “No child should die
from a treatable infection.”

University of Pittsburgh School of Medicine