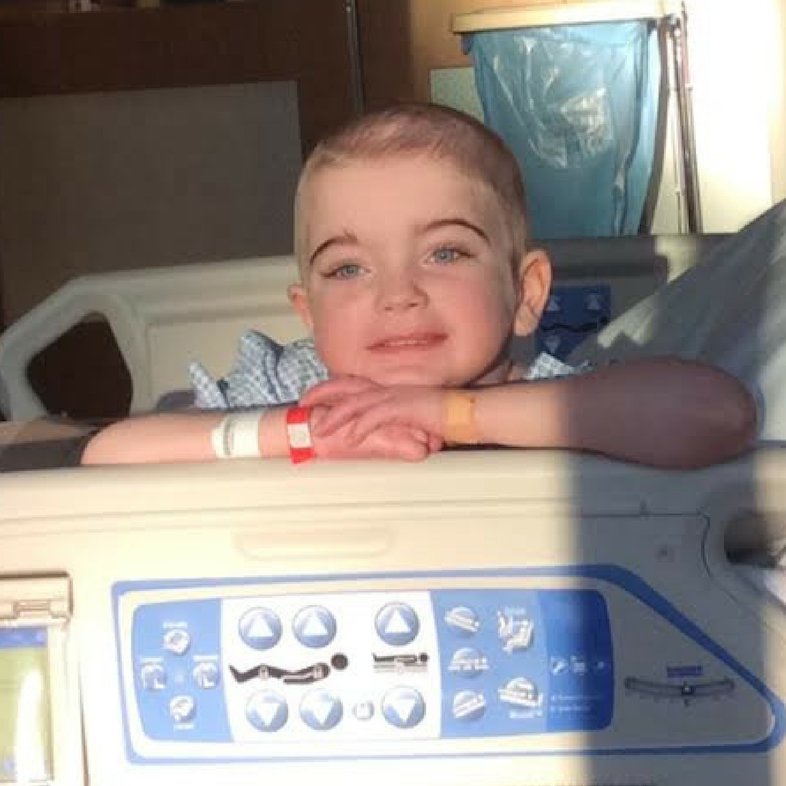 On Saturday night, March 14, 2015, our four year old son, Conall, woke up very upset with a fever. About an hour later the vomiting began. He got sick a few times through the night till noon on Sunday; it seemed nothing more than a standard stomach bug. He asked for water and something to eat and was actually starting to keep liquids down. However, by 2 in the afternoon, we started to notice, that he just did not seem right, almost like he was not there.

So, we headed to the Bryn Mawr Hospital Emergency Room, thinking he was dehydrated. We started with the Triage nurse who could not get his vitals; we were brought directly to an ER room, where everything began to go downhill very quickly.

No blood pressure? No O2 reading!! We started to get asked lots of questions: Did he hit his head? Swallow any medications? Chemicals? No, no, no. A quick X-ray and cat scan – showed all normal. But, his body was completely shutting down. Conall was in septic shock from an overwhelming bacterial infection; he was shutting down. The team at Bryn Mawr Hospital ER followed a sepsis protocol and saved Conall’s life. The quick thinking and actions of their team was required at this time. The Emergency Team at Bryn Mawr quickly intubated Conall, gave him antibiotics and fluids, stabilized Conall and began the transfer to Children’s Hospital of Philadelphia. We were told 20 more minutes at home and Conall would not have made it.

The team at CHOP worked hard all night and into Monday morning to stabilize him. It took most of Monday to get him to where they called a “safe place”.

Conall has had the “imperfect storm”. He has been diagnosed with Acute Lymphoblastic Leukemia. The Leukemia would have more than likely presented itself in the upcoming week(s), however, the cancer was leaving him immune-deficient and the bacterial infection showed up first and he went septic in a matter of hours!

We have tried to find out why Conall got sick so quickly. I don’t think we will ever know. However, we owe his life to the entire team at Bryn Mawr that day. ANY, ANY slow down or hesitation on the course of care, would have been one minute too long for Conall.

Since that day, Conall is now in his third phase of Chemotherapy. He has had bilateral below the knee amputations and the fingers removed from his right hand, all due to the damage from the sepsis and required medications. He has endured 30 hyperbaric dives, over 25 blood transfusion, and spent over 100 days inpatient since March, mainly due to the sepsis complication. We are waiting on his legs to heal properly, so we can begin to get him up on prosthesis. However, he is with us and will recover. He astounds us with his strength, spirit, resilience, and humor – a miracle child.