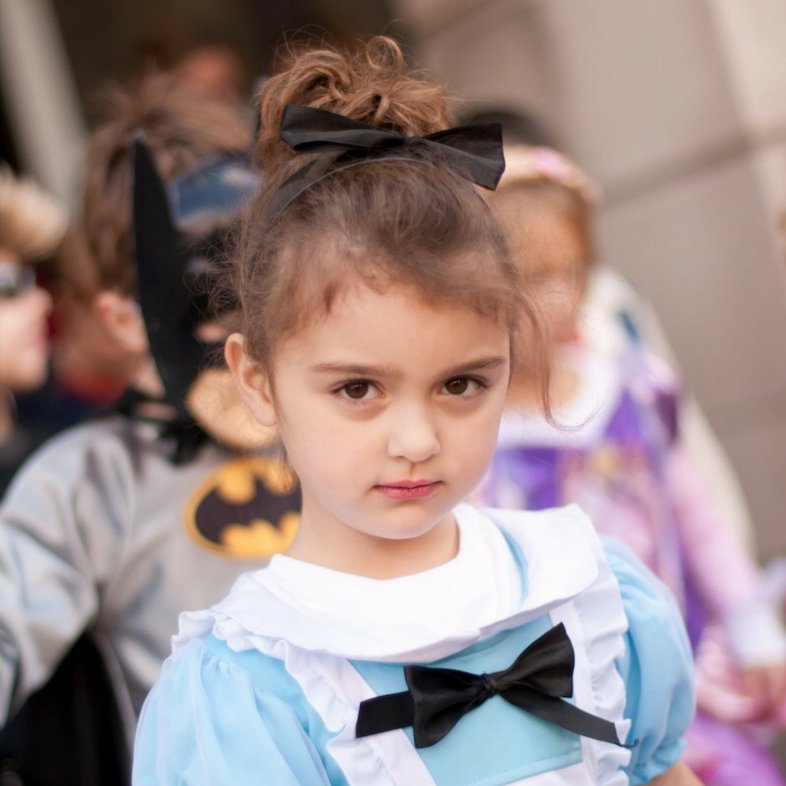 May 1, 2012, was the start of a week which would forever change our lives. Gabby was a vivacious, funny, and smart five year old girl who loved cupcakes, animals, and spending time with her family. She had the sense of humor of an adult and was the most kind, caring, and loving child. Gabby was so happy to love and to be loved. She adored her pet Chihuahua, Bella, and enjoyed hanging out with her sisters, Nina, who was seven at the time, and Sophia, who was thirteen. Her smile was contagious and could light up a room. She had a full, promising future ahead of her until an untreated infection, which should have been caught and treated, led to sepsis and septic shock, and ultimately took her life on May 11, 2012.

Gabby died from sepsis/shock due to untreated Rocky Mountain Spotted Fever which comes from a tick bite. We never knew of a bite, were never asked about bites by her doctors, or saw any marks.

On May 1, 2012 Gabby awoke early with a fever of 102.5. We took her to see her pediatrician, who thought she may have strep throat. The swab she took was negative, however, and we took Gabby home, assuming she had a virus. Over the next few days, her temperature rose; she had a headache, was nauseous, her appetite was poor and a red spotted rash, resembling sparse chicken pox, broke out across her body. The rash seemed to lose its color and disappear when the fever would decrease a bit. Upon the fever reaching 105 and the rash appearing, we immediately visited our local ER. She received more fever reducer and both injectable and oral antibiotics. The doctor diagnosed her with tonsillitis and said that the rash was from the fever. She was discharged at 3a.m. on May 3 but by 8a.m. was covered in an even heavier rash, had no appetite and would take only small sips of water. She complained of abdominal pain and her fever persisted.

We returned to Gabby’s pediatrician who stopped the oral antibiotics, diagnosing her atypical Coxsackie virus (meaning she didn’t show the classic symptoms for it). Gabby never complained of a sore throat or had any classic Coxsackie blisters in her mouth/throat. We were told to keep her comfortable at home and that the fever should pass in the next few days. Gabby was now complaining that her legs hurt, but I thought that may be due to the injections she received. She was agitated and off balance when she walked, barely drinking and therefore not using the bathroom. No one had talked to us about lack of urination or lack of balance, or that we should watch for changes in her rash or what to look for as danger signs.

At 9:00 p.m. on Saturday May 5, Gabby’s fever was at 106. My husband rushed home from work and we brought Gabby to a Level 1 trauma hospital the next city over where she was seen by the head of Pediatric Critical Care. I questioned the Coxsackie virus diagnosis, pointing out that she had no blisters in her mouth. He responded that he had found one petechiae on the roof of her mouth. We asked about IV fluids as we were concerned about dehydration. He said that you only need one to two teaspoons of water every 20 minutes to stay hydrated but provided an IV and ordered blood work. Her blood pressure was low, her heart rate slightly elevated and she hadn’t urinated in 23 hours. The doctor ended his shift and we waited six hours to be seen by his replacement who said that she just had to urinate and could go home. My husband took her to the restroom where she urinated very little, even after a bag of fluids. Her urine was amber in color; we didn’t know this was a bad sign. To our continued concern over her rash and fever, the doctor responded, “what do you want? It’s a virus, and it’s going to take time.” We asked about her blood work and were told it “was all good.” We asked repeatedly about her urine output and were again told that it was fine. Upon discharge Gabby was tired and lethargic and had to be carried from the ER. They never asked if she could walk.

On Sunday May 6, Gabby slept most of the day and her fever oddly came down to 99. She was very irritable and agitated. My husband complained about the ER doctor but we were reassured by his assertion that her blood work was normal.

The next day, Monday May 7, a week after she first got sick, I phoned the pediatrician to tell her that Gabby was no better. Three hours later the nurse called my husband back and said we could bring her in but expressed no sense of urgency. My husband asked if the pediatrician had looked at the labs from the hospital. While on the phone, he heard the doctor say, “oh my god, her labs were awful. Tell them to get to ER right away, or call 911.” We took her right to ER. We believe the ER doctor never looked at the labs. He claims that he switched two of her numbers, which doesn’t account for missing the 17 other abnormal numbers or the result at the top that read “Abnormal”. Gabby’s vitals and labs were showing SIRS and sepsis when they sent her home. Even without her labs, the signs of SIRS/sepsis were clear. Gabby was not given IV antibiotics for sepsis for 7 hours after admittance, even though the new labs were now even worse. Her BP dropped and she was moved to SICU and given an internal line. She had a spinal tap, which looked ok, and a CT scan. We asked if she should be moved to the children’s’ hospital in Peoria but were told they would do nothing different. They were not equipped, now we know, to handle the situation. We should have moved her.

Shortly after midnight on May 8 she became very unstable. We now know she had been in respiratory distress all day. After a botched intubation, she was air lifted to Children’s Hospital of Illinois. The team of pediatric specialists there was wonderful, knew their protocols and started her on Doxycycline for Rocky Mountain Spotted Fever, which they thought she could have. They also had an Infectious Diseases specialist present. As a result of the untreated Rocky Mountain Spotted Fever she developed SIRS, sepsis and then shock. She ultimately she ended up with brain swelling which cut off flow to her brain….I was horrified when we were told she had no more brain function. Gabby died on May 11, 2012.

After Gabby died, we learned that the negligence in her care began with the first visit to her pediatrician, who considered Rocky Mountain Spotted Fever, deemed it impossible, and never mentioned it to us as a possibility. The first hospital we took her to discharged her with SIRS/sepsis, costing us two days of critical time in getting her treatment. They thought of tick borne illness in their differential, but not one of them prescribed her with the drug to treat it. On our second hospital visit, her labs and vital signs, which were littered with red flags, were ignored, as was the rash which clearly indicated that Gabby’s life was in grave danger.

We are still baffled at the incompetence that we now know what took place. Gabby’s death was 100% preventable. We shouldn’t be visiting a cemetery every day. Our surviving children have lost the parents they once knew, and have lost their innocence. The doctors and hospital (first one) have taken no accountability. Our child is gone forever; aren’t we owed some answers – or at least, some honesty?