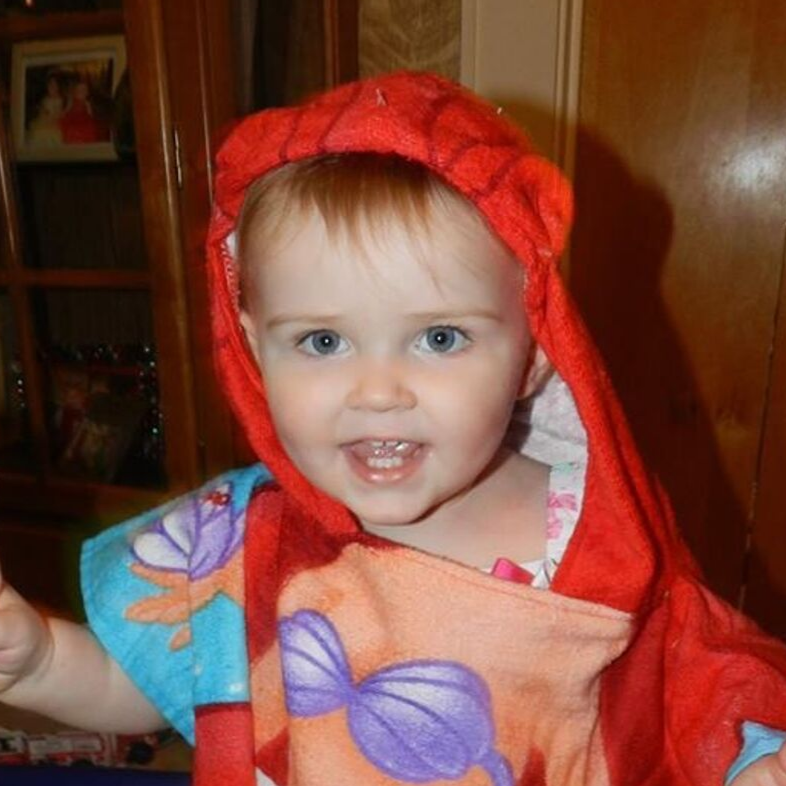 Josslyn Sophia Jewel Gee’s presence lit up a room.  She was the embodiment of happiness – her giggle contagious.   And, she was resilient.  No fall or scrape could ruin her day!   Her uncle, Trevor O’Hern, recounted that it was just that joie de vivre may have been the culprit in concealing that she was sick, in fact, gravely ill.

The night before she died of sepsis, she was feverish and had a mild cough, nothing extraordinary.  Josslyn was staying at her grandmother’s house with her mother Jessica.  Josslyn’s grandparent’s house, fondly known as Nana and Papaw, was her favorite place to spend the night.  Jessica and her mother decided the best course of action would be to take Josslyn to the ER, just as a precaution.  As they arrived, my sister got out to unbuckle Josslyn from her car seat. She felt her head, and Josslyn’s fever had dropped. Josslyn wasn’t acting out of the ordinary, so my mom and sister decided to leave thinking that she was just teething, and the ER would have just sent her home anyways. They went to the store and bought some baby Tylenol, and my sister made plans to go to the urgent care center in the morning if the fever came back.

By the time they arrived, Jessica felt Josslyn’s head as she was taking her out of the car seat and noticed her fever had broken.  She was back to her gregarious self!  Believing she was teething and that she would have been sent home, they left, purchased baby Tylenol and promised themselves that if the fever returned, they could go to an urgent care center.

As morning broke, Nana went to Josslyn’s room to check on her before leaving for work.  She was not breathing.   Everyone was quickly awoken and 911 was immediately contacted.   Josslyn could not be resuscitated.  She was taken to the hospital and pronounced dead.   How could a fever that had subsided kill her?   Fevers and teething are par for the course for toddlers.

After two weeks of waiting and unstoppable questioning, the medical examiner called to explain that Josslyn had Strep-B and died of septic shock.   Blood infections were something that Trevor O’Hern had heard of, but the word sepsis never entered his mind.  Nor did its deadly sting.   The family’s only hope is that telling Josslyn’s story will save lives by starting the conversation about sepsis and keeping that conversation going.