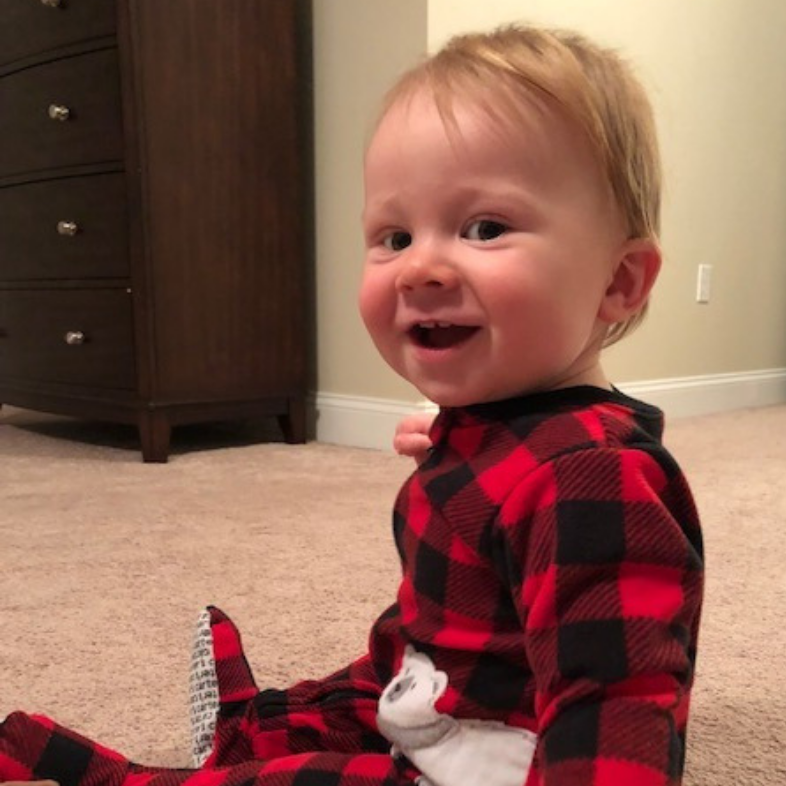 Our sweet Lucas blessed us with his happy, little face for 13 months and 8 days before he gained his angel wings. Never, ever did I expect to lose a child and certainly not as suddenly and unexpectedly as I lost my sweet baby.

Lucas was admitted to the hospital in the early morning hours of Sunday, April 29th, 2018. In the days prior he had some minor cold symptoms, but nothing alarming. I took him to his pediatrician on the morning of April 28th and although his fever had spiked to 105 degrees, she wasn’t alarmed. She said he looked like he might be developing an ear infection and sent us on our way with antibiotics. I am haunted by that interaction and wish I had questioned that diagnoses, but as a mother of two young boys who have had countless colds, stomach bugs, ear infections, etc., I simply figured a round of antibiotics and some rest would do the trick.

By the time Lucas was admitted on Sunday morning, he was deteriorating quickly. His breathing was labored and he wasn’t responding well to breathing treatments. A chest x-ray confirmed pneumonia and several types of antibiotics and fluids were given intravenously. After several hours without improvement, his lungs were filling with fluid, his oxygen levels were low, as was his blood pressure, and his heart rate was dangerously high. This was all happening so quickly, my husband and I simply could not grasp how our healthy boy was suddenly so dangerously ill. We had no idea that when he was sedated to insert a breathing tube and a tube to drain his lungs, that he would never again wake up. The drainage was unsuccessful, and he was still failing.

By Monday morning, the doctors were educating us about sepsis and discussing a very risky, yet possibly life-saving procedure. He would be put on an ECMO machine, or a heart-lung bypass machine, which would allow his lungs and heart to heal and ultimately “buy some time” so his little body could fight this infection. The procedure came with many risks, mainly kidney failure, internal bleeding, blood clots and stroke. My husband and I were terrified but without it, we were told Lucas wouldn’t survive another 24 hours. After two days of being on the ECMO machine, he was showing great progress. I thought, just maybe, that the odds had turned in our favor and that we’d walk out of the hospital with our sweet boy.

On Thursday, May 3rd, 2018, my husband and I returned from the hospital cafeteria to see a group of doctors and nurses outside Lucas’ room. We knew this wasn’t good. We were told that they suspected bleeding on his brain and immediately ordered a CAT scan. We dropped to the floor. Although we were hyper-aware of complications, we were cautiously optimistic about his progress. Shortly after, while my husband and I prayed fiercely in the hospital’s chapel, we were given the news. Our sweet Lucas suffered a massive stroke and there was nothing more that they could do.

That afternoon, I crawled into the hospital bed with my sweet baby and held him as they disconnected the machines. That is something no mother, no parent, should ever have to do. The cause of Lucas’ death was technically a stroke, with the secondary causes being sepsis and pneumonia. However, sepsis is the true cause of death in my mind. The infection ravaged his body, making it too weak to fight the bacterial pneumonia and causing him to have to be put on the ECMO machine, resulting in his stroke. I will spend my life remembering Lucas and educating others about his brief battle with this devastating illness. No parent should have to witness their child go through that, ever.