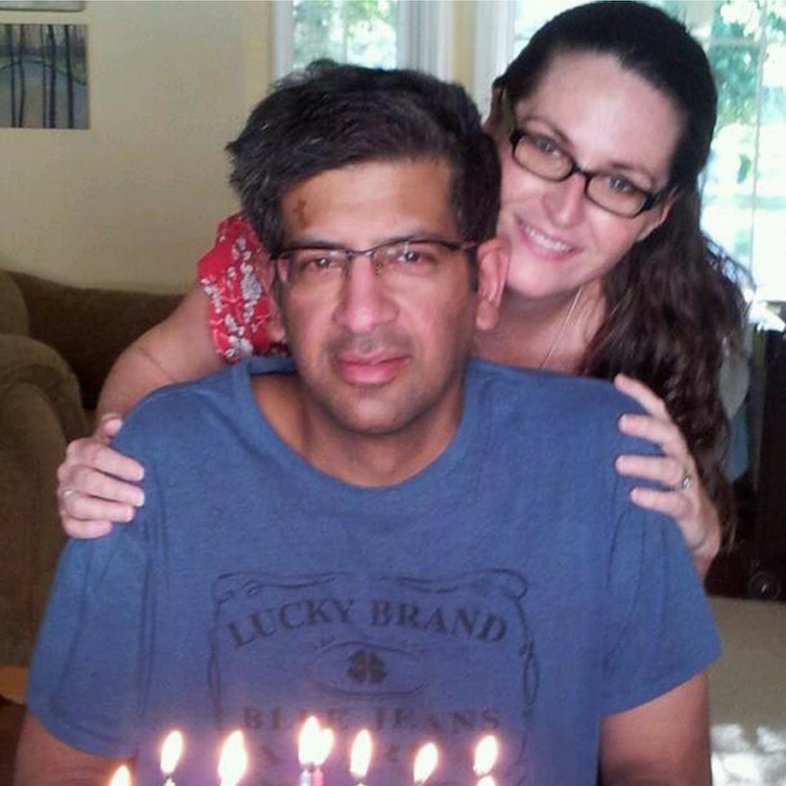 On January 28th, 2012, my husband of two years and I and our 4-month-old son moved into our new home. We closed the door on the movers, ate dinner and had plans to test out the new Jacuzzi after putting the baby to bed. After a long day of moving the relaxing soak would feel great!

I put the baby to bed and my husband was to go downstairs and get the water running. Immediately after putting our son down for the night, my husband said he didn’t feel very well and was going to lie down. He spiked a high fever, which didn’t seem unusual, he was having stomach cramps and diarrhea. His best friend and his father, both physicians, saw him and gave him Z-Pac (antibiotics) with the recommendation to go in for labs on Monday. They said it “was likely flu or pneumonia.”

Within 24 hours we were in the Emergency Room. He had a severe fever, sweating, chills, tremors, and spontaneous hemorrhaging. My husband actually had tears of blood rolling down his cheek. His platelets had dropped from a normal person 4,500,000 to 9,000. My husband went into DIC shock from sepsis caused by a severe strep infection. He was in full organ failure.

He spent two months in four different hospitals and barely remembers any of it. What remains of his hands and feet are severely misshapen, substantial portions amputated from hands and feet. Due to all the blood rushing to his vital organs, he lost circulation in his hands and feet. His beautiful long fingers he used for his computer work are now half the length they used to be. He “left us” three times and was placed on life support multiple times. He will likely remain on dialysis forever unless we choose for a kidney transplant. He has had over 30 in patient surgeries to repair infected or damaged tissue on his hands and feet and he is currently being sized for prosthetics. His right foot will be amputated in the coming months.

There was a mark that appeared on my husband’s forehead a couple of days into this nightmare. We are not religious folks but it remained there for over a year and then one day was just gone. No doctors could explain it; there were never any lines or monitors on his forehead.