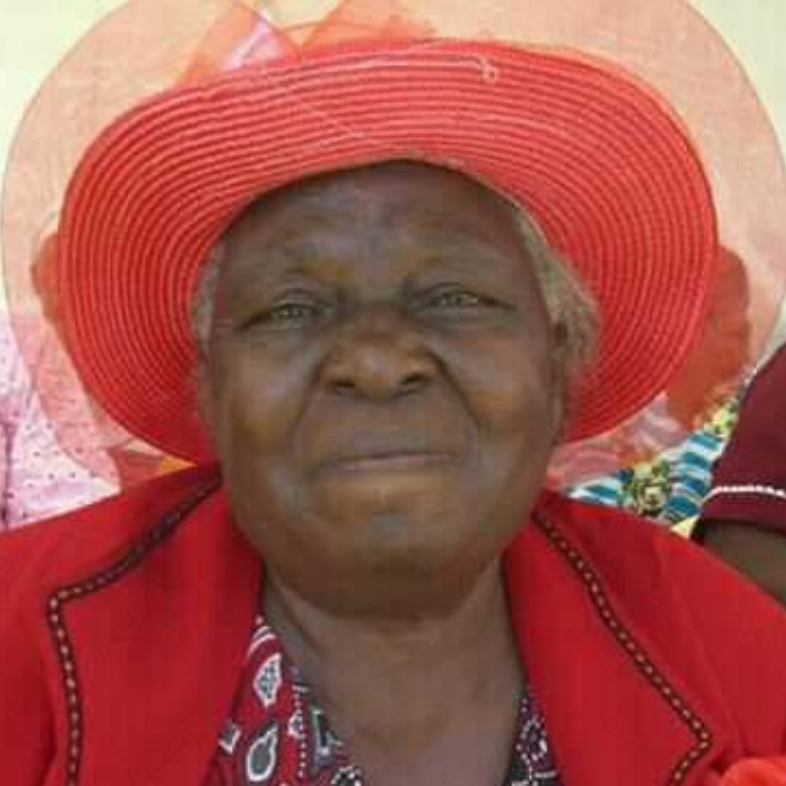 Her story as told by her daughter Lorraine.

Alice Mary Onyona was born on June 13th, 1940. Those who knew her say that she was the most joyous and kind person one would ever know. She trained as a teacher but she gave it up to become a renowned farmer in the Lugari district in Kenya and she became a pastor in the Friends Church. She married in 1968 and had seven children; she also raised fourteen orphans. She began a community outreach organization in support of orphans and widows in her church; she began by asking each of her children to buy something for a widow in the community. She would ask for iron sheets to roof a widow’s house, then she would ask the youth in the town to do the roofing. It was common to find widows and their families in our home daily. She would often walk for miles to visit and pray for orphans and widows.

In 2016, Alice developed a stubborn cough that would not go away. An echocardiogram revealed that she had mortal valve regurgitation. In April 2019 she had difficulty breathing and her doctor prescribed rest. In August she caught pneumonia and in October 2019 she was admitted to hospital for low blood pressure. She had hallucinations, was listless and tired, and would lose focus. In retrospect, this may have been the onset of sepsis. She developed a malignant wound on her right foot and her doctor prescribed antibiotics. In April 2020 one of her toes turned red and then pitch black. Her doctor mulled over amputation but then he went into COVID exposure self-quarantine and she was given just antibiotics and topical ointments for her wound.

I still don’t understand how her doctor missed the signs of sepsis. They were so obvious: the plummeting blood pressure, the discoloration of her skin, the skin rashes, the red toe that was a sure sign of gangrene. She was admitted into the hospital for the last time on July 10th, 2020; she had severe chills. Lab tests showed a bacterial infection in her blood. Her doctor said that she was going into shock. I didn’t understand what it all meant. The bacteria in her blood would not respond to antibiotics and her blood pressure plummeted. At 5 am on July 13th, she passed away.

What I learned from her death certificate was that she died from cardiac-respiratory arrest due to chronic wound sepsis due to heart failure OSC atrial fibrillation. Big words that made no sense until I began my journey into the world of sepsis. Now I understand that elevated blood pressure led to heart failure; heart failure in turn led to pneumonia that may have triggered sepsis. Heart failure probably also led to inadequate oxygen due to poor blood flow in her limbs. This activated gangrene and sepsis.

Her illness has made me realize how complex sepsis is and how difficult it is to control because there is no particular corner into which to pin it. Any condition can trigger it. My advice is to ask hard questions. Read about each symptom. Above all, arm yourself with information. Knowledge is power. If I knew then what I know now, I wouldn’t be writing this.