A Urinary Tract Infection (UTI) is a common infection that mostly affect women. It can occur in any part of the urinary system. A urinary tract infection is generally treated with antibiotics. However, if the infection isn’t identified and is left untreated, it can move to the kidneys and ureters and may cause sepsis and septic shock. Sepsis that results from an untreated urinary tract infection is generally called urosepsis. Urosepsis is a serious complication of a UTI and should be treated as a medical emergency.

Sepsis is the body’s extreme reaction to infection. The body attacks its own organs and tissues which can lead to tissue damage, organ failure and death. More than 1.5 million people in the United States develop sepsis every year. At least 270,000 of them will die. If you have a UTI, you should seek medical help. Your doctor can prescribe antibiotics that can treat the infection immediately. As urosepsis is a complication of a UTI, it is important to know the symptoms of a UTI.

If the infection reaches beyond the bladder and becomes urosepsis, a person may display serious symptoms common to sepsis.

Symptoms of urosepsis include:

Causes.
A urinary tract infection occurs when bacteria enter through the urethra, which is the tube that urine travels through to exit the body. The bacteria can travel in a number of ways including inadequate personal hygiene. sexual contact and a pre-existing bladder condition. Women are more prone to UTIs because of the shorter length of their urethras.

Risk Factors.
Sepsis can impact anyone–young or old, sick or healthy. Risk factors for developing a UTI include:

Treatment.
When a UTI is diagnosed it can be treated with an antibiotic. A person will also be encouraged to drink liquid to help flush the urinary tract.

If a doctor suspects the infection has spread, an additional test may be undertaken such as blood test, kidney test and ultrasound. Doctors will monitor the patient closely to see how well the patient responds to an antibiotic. If a person has severe sepsis or septic shock, they may require oxygen or surgery to get rid of the source of the infection.

Prevention.
Urinary tract infections can be prevented. Here are some ways to stop them occurring: 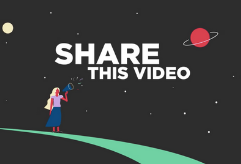