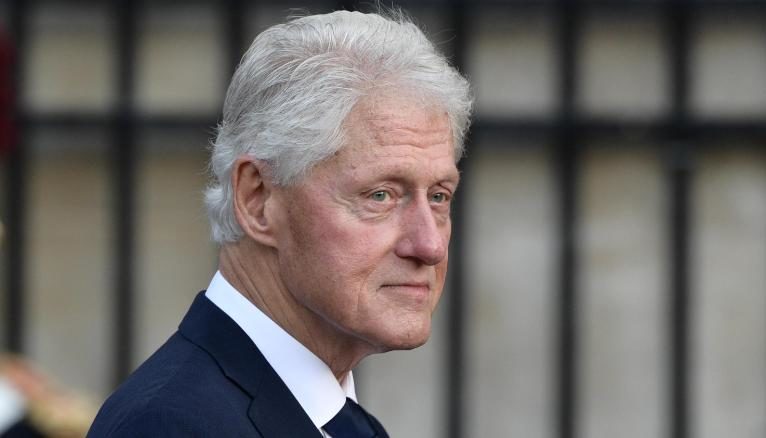 Bill Clinton & Sepsis: Everything You Need To Know

Last week, news broke that former President Bill Clinton had been hospitalized with sepsis. In the immediate aftermath of this report, incorrect information about sepsis circulated in the media. To correct this and help those unfamiliar with the condition understand more about sepsis, which claims 275,000 lives each year in the United States, we talked to END SEPSIS Medical Advisor and Senior Vice President, Clinical Strategy and Development & Associate Chief Medical Officer, Northwell Health, Dr. Martin Doerfler.

First and foremost, what is sepsis?
Sepsis is a condition that comes from an untreated infection–that is, anytime germs enter your bloodstream. Any infection can lead to sepsis, including strep throat, an abscessed tooth, an infected wound, pneumonia or, as in President Clinton’s case–a urinary tract infection.

Sepsis is the body’s extreme response to an infection. It happens when an infection triggers a chain reaction throughout your body that can lead to tissue damage, organ failure and death. Sepsis is always a medical emergency.

As you mentioned, President Clinton’s sepsis occurred as a result of a  urinary tract infection, what is that and is it common?
Your urinary tract includes your kidneys, your bladder and the tubes that connect them together and to the outside world. Urinary tract infections are abbreviated as “UTI”. UTIs, particularly of the bladder, are very common infections in women, less so in men. Learn more about UTIs and sepsis here.

What should a person do if they feel they are becoming sick with an infection?
All infections require some kind of treatment. Infections come in many varieties and severity. Mild viral infections may require rest, fluids, and fever reducers (medications like Tylenol or Advil). Bacterial infections, including UTIs, often require antibiotics. Bacterial pneumonia nearly always requires antibiotics. Skin infections may require topical oral or intravenous (IV) antibiotics. Fluids and rest are generally helpful with any significant infection (any infection making you feel at all unwell). And of course, anyone with an infection should be vigilant for the signs of sepsis. If any of these symptoms appear, contact a healthcare provider.

It’s been reported that President Clinton is receiving antibiotics and fluids–how would these help his condition?
Antibiotics are necessary to kill the bacteria that are causing the infection. Fluids are important in maintaining the normal function of the body as sepsis causes blood vessels to dilate and fluids to be lost via sweating, faster breathing or a variety of other mechanisms.

Is sepsis life threatening and why?
Sepsis can be life threatening both acutely or by causing organ damage that later results in deaths. Generally, life threatening sepsis fits into the category of “Severe Sepsis” where organ injury is occurring or “Septic Shock” where normal circulation of blood, oxygen and fluids to the body’s tissues is impaired. Septic shock is an acute crisis and should be considered an emergency no less than a stroke, heart attack or severe auto accident. Delaying care significantly increases the risk of death once Severe Sepsis or Septic Shock have occurred.

Some early reports on President Clinton’s hospitalization referred to sepsis as being a “hospital acquired condition”. Does sepsis mainly occur in hospitals?
No, sepsis, or the infection that causes it, starts outside of the hospital in nearly 87 percent of cases.

How many people does sepsis affect each year?
About 1.7 million Americans develop sepsis each year and nearly 270,000 people die as a result.

How can sepsis be prevented?”
Sepsis is largely preventable by preventing infections from occurring. Commonsense measures such as frequent hand-washing, staying up to date on routine vaccinations–including annual flu vaccination–and cleaning and caring for skin wounds properly can all prevent infection. When infection does occur, consulting a healthcare provider and taking antibiotics where appropriate can prevent it progressing to sepsis.